Will Shiba Inu’s Burn Portal Be a Bigger Catalyst Than Its Robinhood Listing?


The long wait is over. Robinhood Markets (NASDAQ: HOOD) announced last week that it’s adding support for Shiba Inu (CRYPTO: SHIB) to its platform. This news lit a fire beneath the meme coin with SHIB’s price soaring as much as 34%.

But a hotter fire could be on the way with a burning mechanism in the next version of the ShibaSwap decentralized exchange. Will Shiba Inu’s burn portal be a bigger catalyst than its Robinhood listing? 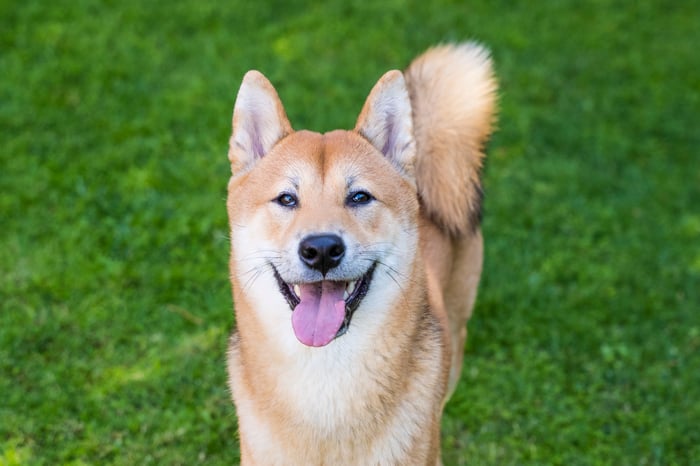 There’s an easy answer to the question about which will be the bigger catalyst for Shiba Inu. Without a doubt, the launch of a burn portal will have a greater long-term impact on the digital token’s price.

Robinhood’s listing of Shiba Inu only provided a temporary boost. The meme coin has already given up most of the gains it racked up after the announcement of its addition to the popular trading platform.

This pattern isn’t a surprise. Other cryptocurrencies experienced similar short-lived spikes after being listed on Robinhood. Shiba Inu in particular appears to be following in the footsteps of Dogecoin.

However, a burning portal will facilitate coin burning that will likely go on for years to come. For every token that’s taken out of circulation, the value of the tokens that remain should increase incrementally. Shiba Inu’s Robinhood bounce could look insignificant compared to what’s in store when ShibaSwap 2.0 launches.

I think the much harder question to answer is just how much higher Shiba Inu will rise as a result of the introduction of a burning portal. This question is tough primarily because we don’t know how many tokens will actually be burned.

In a recent article, I analyzed how burning 111 trillion tokens per year would boost SHIB’s price. That number, by the way, came from a hypothetical scenario laid out in tweets from Shiba Inu Discord moderator SHIBQueenie.

However, there’s one huge wrinkle with this projection. After four years of burning 111 trillion tokens per year, Shiba Inu’s number of tokens in circulation would decrease by more than 80%. Such a large reduction probably isn’t going to happen, at least not according to key Shiba Inu developer Archangel.

An even bigger catalyst?

Still, a burn portal will almost certainly boost Shiba Inu’s price more than the Robinhood listing will. And there just might be an even bigger catalyst in store for the digital token.

Burning focuses solely on the supply side of the valuation equation for Shiba Inu. It’s possible that a greater opportunity lies on the demand side. Arguably the most important potential driver of demand for the cryptocurrency is the development of the Shiba Inu metaverse.

The first virtual land went up for sale in the Shiba Inu metaverse a little over a week ago. Shiba Inu is bringing aboard a top-tier gaming studio that will be in charge of the artistic development of the metaverse.

It remains to be seen how big a hit Shiba Inu’s metaverse will be. If nothing else, though, the metaverse opportunity gives the token’s fans something else to look forward to.

10 stocks we like better than Shiba Inu
When our award-winning analyst team has a stock tip, it can pay to listen. After all, the newsletter they have run for over a decade, Motley Fool Stock Advisor, has tripled the market.*

They just revealed what they believe are the ten best stocks for investors to buy right now… and Shiba Inu wasn’t one of them! That’s right — they think these 10 stocks are even better buys.