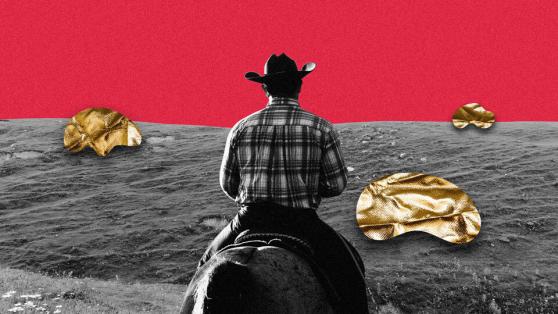 Why Texas Could Become the Bitcoin Capital of the World

In Texas the interests of dozens of cryptocurrency investors and a host of young and ambitious oil executives are converging. The crackdown unleashed by China in May against Bitcoin (BTC) miners could not have been more timely for the Lone Star State.

The so-called “Bitcoin migrants” from the Asian giant are desperately looking for where to found new mining farms. Several countries in Asia, Africa and America offer optimal conditions for cryptocurrency mining and trading due to low electricity costs and a lack of industry regulation.

In this sense, the United States, along with Venezuela, Russia, Canada, Iceland, Kuwait and Georgia, are considered among the nations that offer the best conditions for crypto mining, according to the list prepared by the cybersecurity firm Norse Corp.

But, within the US, one state is shaping up to be the one with the greatest potential to become the Bitcoin capital of the world. Thanks to a number of natural, economic and political factors, Texas stands out today and has oilmen rubbing their hands.

The millions of cubic meters of that are burned in Texas oil wells could now be used to power thousands of servers and computers dedicated exclusively to Bitcoin mining.

The cryptolan’s first ally is Texas Governor Greg Abbott. “It’s happening! Texas will be the leader in cryptocurrencies, “he wrote on his Twitter (NYSE:) account a couple of months ago.

In June, Texas recognized blockchain and cryptocurrency trading as legal, paving the way for companies in the sector to more easily operate there. This legal and political support is attracting Chinese and non-Chinese companies operating in China.

A Secret Meeting of Kindred Spirits

Texas offers stability and opportunities to grow for miners without fear of persecution. This is precisely one of the reasons why investors, miners and oil executives recently met in secret in Houston to agree on a plan.

The main topic of the meeting was: how to take advantage of the natural gas wasted in the fires to power the Bitcoins mining rigs. The use of natural gas from oil wells has a double advantage for the cryptocurrency industry and oil extraction companies.

On the one hand, greenhouse gas emissions are reduced and environmentalists’ demands relating to the downsides of BTC mining are being addressed. On the other hand, natural gas supplier companies and miners make a lot of money mining BTC through a cheap energy source.

“When I heard that so much money could be made by MCF, rather than just burned in the atmosphere, thanks to the whole ‘Bitcoin mining thing,’ I couldn’t look away,”
commented oil executive Hayden Griffin Haby III, one of the meeting attendees.

Another company excited about the idea of ​​moving to Texas is BIT Mining, a Chinese firm based in Shenzhen. The company plans to invest some US $26 million in the state for the construction of a data center. Meanwhile, Bitman, another company from Beijing, is working on expanding its facilities in Rockdale, Texas.

Kevin Pan, the CEO of Poolin, a Chinese mining firm, also did not hesitate to move his business to the American West.

Why You Should Care?

The TRUTH About Avalance Blockchain Avax