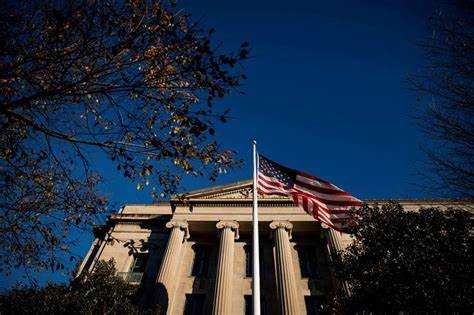 Two Europeans were indicted by the US Department of Justice on Monday for allegedly plotting with a recently convicted American cryptocurrency researcher to help North Korea circumvent US sanctions. Alejandro Cao de Benos of Spain, who created a pro-North Korean affinity group, and Christopher Emms of the United Kingdom, a cryptocurrency businessman, were accused of unlawfully employing North Korean researcher Virgil Griffith to give cryptocurrency and blockchain technology services.

Both defendants are at large. Lawyers for both could not immediately be identified. Prosecutors said Cao de Benos and Emms arranged for Griffith, who holds a doctorate from the California Institute of Technology, to travel to North Korea via China in April 2019 to attend their Pyongyang Blockchain and Cryptocurrency Conference.

At the conference, Emms and Griffith allegedly taught members of North Korea’s government and other attendees about using cutting-edge blockchain and cryptocurrency technology to evade sanctions and launder money. Such instruction was “all for the purpose of evading U.S. sanctions meant to stop North Korea’s hostile nuclear ambitions” and protect American security interests, U.S. Attorney Damian Williams in Manhattan said in a statement.

Cao de Benos founded the Korean Friendship Association, which, according to its website, tries to “show the reality” of North Korea and help peacefully unify the Korean peninsula. The indictment quoted from two emails where Cao de Benos allegedly admonished Griffith in June 2019 after learning that Griffith had discussed his travel with the U.S. embassy.

Griffith was sentenced on April 12 to 5-1/4 years in prison after pleading guilty to a conspiracy charge.

“They could fine or even jail you! That’s why we never said to anyone or made public the,” Cao de Benos wrote. “Please understand that your permission to enter the DPRK was absolutely exceptional and through my very personal guarantee (Because I trust Chris and he trusts you).” Cao de Benos, 47, and Emms, 30, each face up to 20 years in prison if convicted.