Tech Mogul Selling His Yacht With a 12-Person Jacuzzi, on Which He Spent “Foolish Money”

One of the typical success images that have become clichés is that of the tech billionaire who marries someone decades younger and enjoys a life of leisure between luxury vehicles, private jets and superyachts. That’s exactly what Darwin Deason’s life looked like. Now, more than 15 years later, he’s no longer with his previous wife, and he’s also selling the stunning yacht they enjoyed together.

Darwin Deason’s success was the typical American dream story – a decade ago, he had sold his company to Xerox in a multibillion-dollar deal, he was married to the famous actress Katerina Deason, who was 27 years his junior, and they were both spending a big chuck of time each year onboard the gorgeous Apogee superyacht.

Built in 2003 by the sophisticated Italian shipyard Codecasa, the 205-footer (63 meters) was originally meant for someone else, but Deason ended up purchasing it the following year, and redesigning it to his taste. It was an upgrade from his previous boats, so he didn’t hold back when it came to customizing it. He wanted several bars and a fully-equipped gym. The main saloon, covered in dark mahogany paneling, could be described either as classic or outdated, depending on personal preference.

The sky lounge is one of the yacht’s main attractions – with a sumptuous interior décor, it hosts an extensive bar, a game table, a jukebox, a karaoke machine and even a dance pole. Deason wanted to recreate the atmosphere of his favorite hotel in Monte Carlo, and he intended to enjoy as many parties as possible with his friends – which is why the luxurious vessel also flaunted a whopping 12-people jacuzzi, for basically all the guests on board.

Although the billionaire didn’t spare anything to turn Apogee into his dream boat, he confessed to Forbes that “To me it also represents the peak of spending absolutely foolish money. It’s not rational, but I love it” – referring to the yacht’s name of Greek origin, translated as pinnacle.

Today, Deason’s insane party yacht is worth almost $25 million, and it’s up for grabs. The 81-year old was claiming to be ready for another upgrade, “an Apogee on steroids,” years ago, so the perfect time for that has probably come. 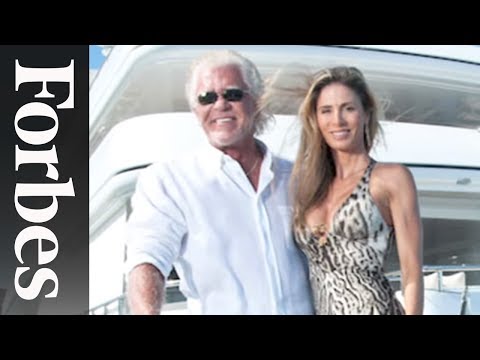 6 hotel trends you might see in 2022, from facial recognition to crypto