Information in the Sheriff’s Blotter is gathered from the dispatch logs provided by the Plumas County Sheriff’s Office. No individual’s names are reported. And those arrested should be presumed innocent until proven guilty.

12:09 a.m. Hamilton Branch. A deputy advises he is looking for a subject driver who is possibly in the woods at Hwy 36/A13. 12:28 a.m. The deputy requests a tow from Lake Almanor Tow. The subject was arrested on charges of possession for sales of methamphetamine, and resisting arrest. 1:34 a.m. A Sgt. requests an ambulance at the location. 2:33 a.m. The vehicle was entered.

The locked gate is not part of the challenge course

11:53 a.m. Quincy. A caller reports that kids keep jumping the locked fence into the skate park. He’s tried telling them to leave and they disregard him. Three kids are there now.

12:10 p.m. Calpine. A caller reports a black Lexus driving erratically. The license plate number was provided from an unknown state.

12:35 p.m. Delleker. A deputy advised being out with a pedestrian. 1:43 p.m. The subject woman was arrested on charges of soliciting or engaging in lewd or dissolute conduct in a public place, possession of drug paraphernalia, and possession of drugs.

12:42 p.m. Cromberg. A caller requests contact from a deputy regarding the noise ordinance and potential issues with neighbors during the upcoming scheduled events. 7:22 p.m. A deputy contacted the caller and provided information of the upcoming wedding season.

Keys to the kingdom

12:43 p.m. Quincy. A caller has custody of kids and the grandparents (the father’s parents) have wanted her kids’ social security cards and other personal information. The caller is becoming afraid due to their behavior and wants information on a possible restraining order. The caller will meet a deputy in front of the Sheriff’s Office. 1:05 p.m. A deputy contacted the caller and provided civil procedures.

2:20 p.m. Portola. A caller is an inmate in jail and wants to report his residence was broken into. No subject information was provided. 3:09 p.m. A deputy advises no burglary, as previously reported.

4 p.m. Quincy. A caller reports they are in a sober living environment and there is alcohol being consumed on deck. A named subject was recently released and subject to alternative sentencing. There are an unknown number of people drinking. 4:11 p.m. A deputy attempted to contact the subject, but no one was home at the residence.

8:56 p.m. Quincy. A caller requests a deputy contact about an ex-boyfriend who entered the residence without permission. The subject stole prescription medication and left random personal property behind. The subject was named. April 19, 12:49 a.m. A deputy contacted the caller and reports suspicious circumstances only. Temporary restraining order procedures were provided.

9:27 a.m. Portola. A caller reports a subject made threats during a counseling session. The subject’s girlfriend’s adult son is living with him and doing drugs and won’t leave the house. The subject threatened to shoot him; alluded to having a gun in the safe. The subject is unknown to the caller. There is also possibly a juvenile in the house. 10:01 a.m. A deputy advises speaking to the caller who requested the information on file, and he will be on the lookout for the suspect.

9:55 a.m. Blairsden. A caller reports a theft over the weekend. An unknown subject cut the catalytic converter off a work truck.

10:48 a.m. Butt Lake. A caller reports theft of wire from poles that appear to have been cut down. 11:43 a.m. A deputy contacted all parties, still checking to see if this is an incident that was already reported. 12:38 p.m. The deputy advises this is a new incident and a new location. The deputy will follow-up tomorrow.

Repeat: lock your cars at night

12:08 p.m. Quincy. A caller reports a theft from an unlocked vehicle during the night, multiple items are missing. 1:11 p.m. A deputy attempted to contact the caller. There was no answer at the residence or via phone.

Struggling, but hanging in there, just for today

12:48 p.m. Quincy. A caller wants information on file that he is still fighting for his life – does not need any help today.

1:26 p.m. Beckwourth. A caller reports subjects just left in an unregistered vehicle. The subject left heading toward Hwy 70 about 5 minutes ago. 1:28 p.m. While on the line the subjects were pulling back into the driveway. The caller will call back if they leave.

Messing with the mail is a federal offense

3:53 p.m. Beckwourth. A caller reports smoke across the slope from her, smoke only. She thinks it is on private property. 4:04 p.m. A deputy is on the way to check from a better location. USFS is sending a unit to check as well. 4:16 p.m. A deputy advises it is a landowner with a burn pile. USFS is on the scene. The deputy wants information on file that one of the owner’s dogs was hit with a stick when he came after the deputy. The owner is aware.

No deposit no return

5:09 p.m. Portola. A caller reports his 14-year-old son left his home in Calpine. He is going to his grandmother’s house and is refusing to come home. The caller said he is working in Reno and is not able to check. He requests that deputies check the address and “bring him home.” 6:51 p.m. A deputy advised unable to locate the juvenile at the address given.

5:46 p.m. Twain. A caller reports a boat motor lying on the side of the roadway. It seems to have been ripped off a boat while someone was driving. The information was sent to CHP.

6:34 p.m. Greenville. A caller reports she left her wallet at the gas station in Greenville. She went back to look for it and It’s gone. She requests the information on file in case it is returned. The wallet is white with brown accents. It has ID, credit cards and $100 in cash. 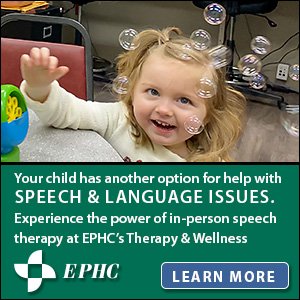 11:56 p.m. Lake Almanor Peninsula. A caller reports there are people at her neighbor’s house and no one is supposed to be there. The owner is incarcerated. April 20, 12:51 a.m. A deputy advised the residence appears to be secure and no one inside. The deputy also spoke to the homeowner who said one female is allowed to be at the residence but no one else.

Digital Trends in Asia 2022: Crypto gambling will be the biggest to be experienced | Branded Voices