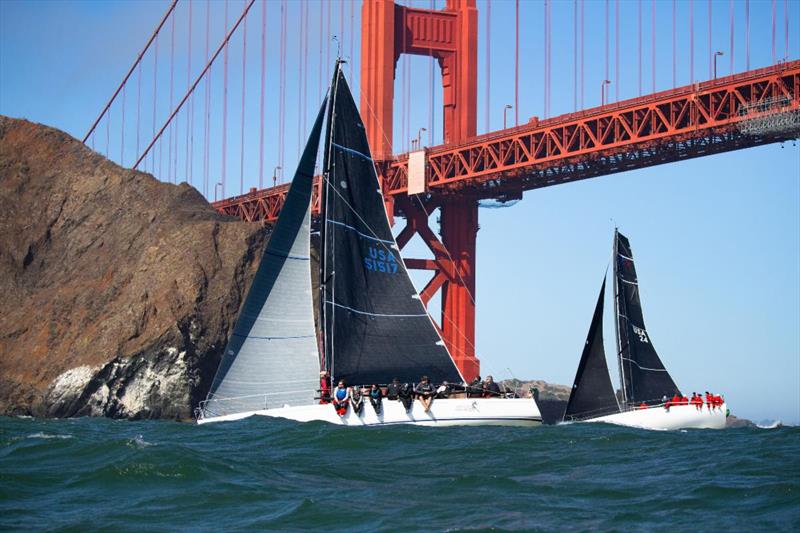 On September 15, 2022, when handicap fleets line up to compete in the Rolex Big Boat Series, they will be racing under rating rules established by the Offshore Racing Congress (ORC) rather than the Offshore Rating Rule (ORR). The four-day regatta, hosted by St. Francis Yacht Club in San Francisco, California, has been racing under ORR since 2014; now in 2022, the handicap divisions will be split according to ORC rules and ORC certificates will be required to compete.

“The mission statement of St. Francis Yacht Club is to serve as the inspirational center of boating activities regionally and a leader of yachting internationally. Adopting the ORC rating rule, which has become the dominant rating rule internationally, reflects our commitment to leadership in the sport and in West Coast sailing,” said William H. Dana, Commodore of St. Francis Yacht Club.

St. Francis Yacht Club will also employ the ORC rule when scoring other handicap regattas on its 2022 regatta schedule, including the Stone Cup (May 21-22) and Phyllis Kleinman Swiftsure Regatta (August 19-21), often used as a tune-up event for Rolex Big Boat Series.

For over 50 years, the Offshore Racing Congress has managed and developed the IOR, IMS and now ORC rating systems used in inshore and offshore racing around the world. Globally, it is the most popular measurement-based handicap system, with over 10,000 certificates issued in 45 countries.

“At ORC we are very excited to have been chosen to contribute to the success of such a legendary event as the Rolex Big Boat Series,” said ORC Chairman Bruno Finzi. “This is one of the world’s premier inshore racing series, and we look forward to providing support to make it a continued success for St. Francis Yacht Club, Rolex and all competing teams.”

Raced since 1964 and considered the most prestigious regatta on the West Coast, Rolex Big Boat Series attracts competitors from around the country and the world for four days of buoy racing on San Francisco Bay. Winners of select fleets are awarded perpetual trophies and Rolex timepieces. In 2021, the regatta saw 31 boats competing in ORR divisions, and another 48 racing in one-design classes.

“From the inaugural racing of this regatta, we have evolved with the rating rule of the era,” said Susan Ruhne, Chair of Rolex Big Boat Series. “We have been watching the evolution of ORC internationally and have listened to input from sailors and owners who compete here. As Rolex Big Boat Series continues to evolve, it’s important that we race under the most current and relevant rule, which is why we are making this shift.”

The 2022 Rolex Big Boat Series will likely feature three ORC divisions, in addition to a number of one-design classes. The Classics division, for classic yachts built prior to 1955 and greater than 48 feet in length, will continue to race with ORR-EZ rating certificates.

Peter Wagner, who has raced his J/111 Skeleton Key (USA 115) in several Rolex Big Boat Series and who won the 2021 J/111 World Championship, said his team has raced under both rules. “Our transition to ORC was seamless, and led to some fantastic racing in major East Coast events. The ORC fleets were strong, the competition fierce and the results fair,” said Wagner, who added, “We are excited by the St. Francis Yacht Club’s decision to join the ORC movement, which we think will help broaden the base of high-quality keelboat racing here on the West Coast and worldwide.”

St. Francis Yacht Club’s Senior Sailing Director Adam Corpuz-Lahne sees two big benefits with ORC. “It’s transparent and it’s popular,” he said. “If our goal is to promote high quality racing, we need to use the rule that attracts high-quality racing boats. Last year, the IC37 Flying Jenny (USA 24) came out from Annapolis and they won their division. We’d like to see more boats like that coming out here to compete. ORC seems to be the preferred rating rule internationally and it’s become very popular on the East Coast and Midwest as well. We hope that we start a trend on the West Coast and see other clubs and areas go to ORC.”

Ruhne concurred that the objective is to continue to draw the best on-water competition and the ORC rule best supports that goal. “Rolex Big Boat Series has a long history of attracting top-notch competition from around the world and we want to continue that tradition,” she said. “We look forward to seeing the same boats return year after year, in addition to hosting fresh competition who test the locals. At the end of the day, our goal is for more boats to race here.”

The 2022 Rolex Big Boat Series will be held September 14-18 at St. Francis Yacht Club. The Notice of Race will be published in February and registration will open at that time for select one design fleets, Classic boats with ORR-EZ certificates and monohulls with current ORC certificates.

An informational ORC Q&A with Dobbs Davis and the ORC support team will be hosted by St. Francis Yacht Club via Zoom on January 19 at 6:00pm PST. All interested parties are invited to attend.