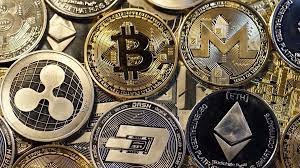 K Raveendran
If you can’t fight the enemy, join them. This is an adage that has found expression at different points of history and by different authors. This best describes the predicament of central banks when it comes to cryptocurrencies. One can only sympathise with them as the digital currency ecosystem is targeting to replace exactly the central banks. But Central bankers around the world are reconciling themselves with the new reality and exploring the possibility of working together with the decentralised monetary system, the very antithesis of whatever today’s central banks are and what they want things to be like.
It would, therefore, appear quite natural that at a meeting convened by Prime Minister Narendra Modi to examine the whole gamut of issues related to cryptocurrencies, the Reserve Bank of India sought to put up a spirited fight against digital currencies, although it seemed to be ploughing a lonely furrow as most of those who attended were convinced that the cryptocurrency ecosystem has grown to be too big for an outright ban.
Governor Shaktikanta Das argued that cryptocurrencies pose serious threats to the macroeconomic and financial stability of the country and expressed doubts about the reported boom in crypto investments by people as well as the ever increasing size and value of the market. Extending his argument further, the RBI Governor highlighted the heightened risks of the new system being used for money laundering as it is not be regulated by the Central Bank.
Apparently he also expressed apprehensions about the threat posed by cryptocurrencies to the stability of rupee as investors would turn away from rupee-based investment products and savings to more attractive coin investments. He further sought to link such risk to the ability of banks to provide credit, which is vital for any economy to prosper, not to speak of priority lending to vulnerable segments of industry as well as people.
The RBI chief’s onslaught, however, seemed to give away the weaknesses and inefficiencies of the present system rather than its strengths, which the decentralised digital system has exposed as well as established beyond doubt. The inefficiencies of the incumbent system actually result in increased cost to banking customers as it introduces several artificial layers in the name of regulations. This is what the new system is seeking to exploit, and it seems to be doing a good job.
The argument that decentralisation does not lend itself to regulation may be borne out of frustration with changes rather than a real problem. Decentralisation only removes artificial barriers and the blockchain technology that drives the crypto universe might as well have solutions to address all the problems that the central bankers are citing to oppose the shift.
These are more or less the same assumptions that the Supreme Court of India had shot down an RBI circular in March 2020 that banned cryptocurrencies in India and prevented banks from transacting any business relating to Bitcoin and other digital coins. The realisation that the regulators can no longer turn a blind eye to the potential of the new system prompted many central banks around the world to explore the new technology.
In fact, at one stage the RBI was even reportedly considering launching its own digital currency to rival Bitcoin and other coins, which are consistently expanding their reach and appeal. But nothing much has been heard about it in recent times. With the coins now exploding to new price ranges, the investor appetite for the digital currencies has also witnessed an unprecedented boom, which nobody can ignore any longer.
Both the industry and the Government are veering round to the view that it would be a better idea to subject the new system to some form of regulation rather than banning it altogether. In fact, a meeting of the parliamentary panel on the subject the other day saw the demand for regulation articulated by almost all participants, including the representatives of some of the cryptocurrency exchanges. Reports say there was broad understanding at the meeting that cryptocurrencies cannot be left unchecked and some kind of regulation was required, but there was no clarity as to whether this task should be left to the Reserve Bank. (IPA)