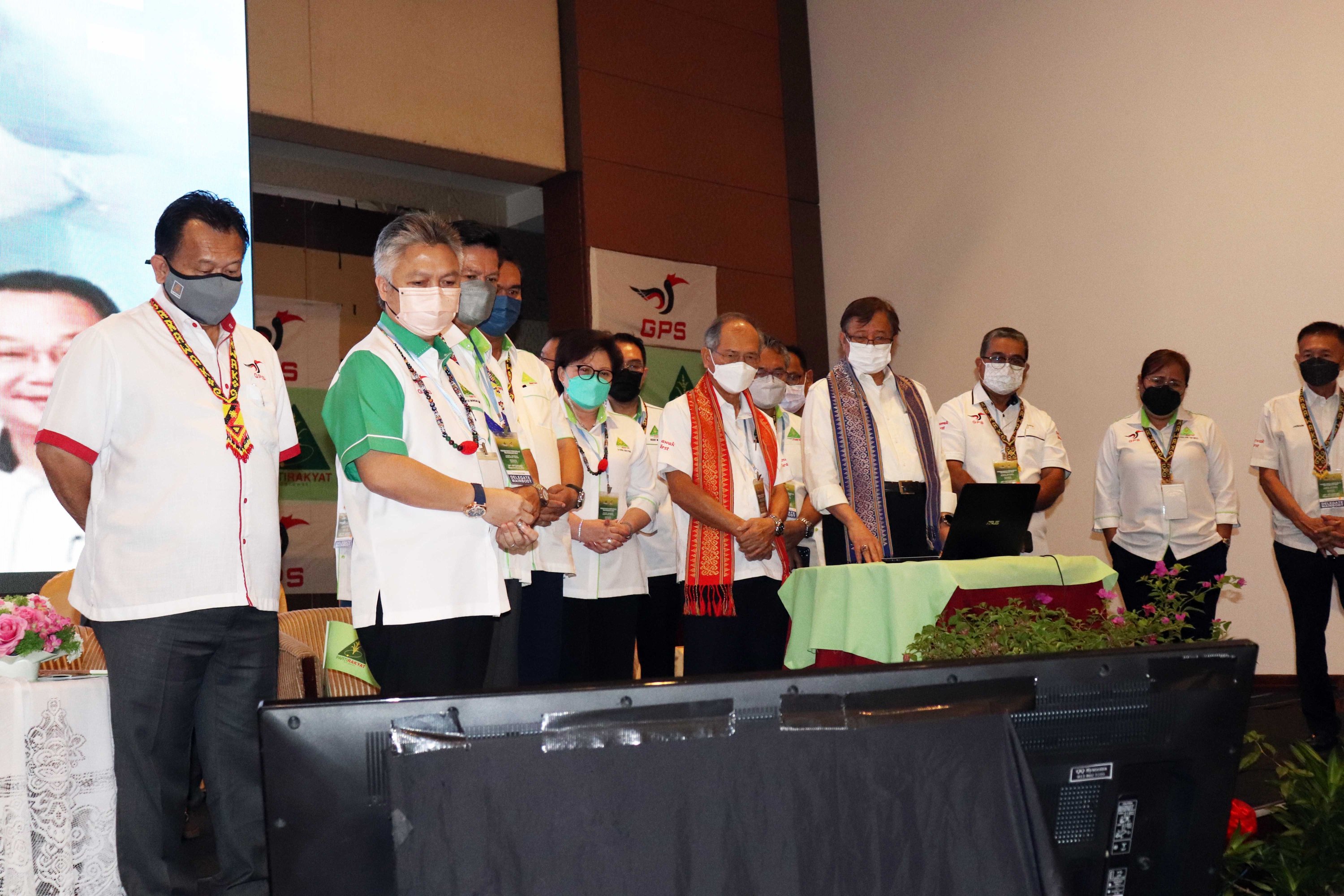 Abang Johari (fourth right) officiates at the event as Salang (sixth left) and others look on.

SIBU (April 25): Parti Rakyat Sarawak (PRS) showed it has become a matured party when its members placed the party and its struggle as their priority.

This is evident when PRS came forward together with other components of Gabungan Parti Sarawak (GPS) to bring Sarawak’s development agenda to a higher level in all aspects, said Sarawak Premier Datuk Patinggi Tan Sri Abang Johari Tun Openg.’

“PRS, especially as a rural-based party, they have a lot of experience in development that takes place in rural areas that can be incorporated into a larger development master plan towards 2030.

“I would like to thank all the leaders in PRS for being able to produce a team that will bring the party together with other GPS component parties to provide input towards inclusive development policy especially for rural communities,” he told a press conference after he officiated at the launching of PRS’ 5th triennial delegates conference here yesterday.

Abang Johari also said that he was satisfied with the change of leadership in PRS.

He regarded the top leadership of the party as having inclusivity where every leader has their own role.

“We entered politics about the same time. He (Masing) came in as an elected member in 1983 while I came in 1981 and we both witnessed a political crisis at that time,” he said.

He added that as a friend in politics, Masing had told him that it was not easy to be in the opposing side as they could not deliver.

“After all, in politics, you want to deliver to help the people. Masing was consistent throughout his political career.

“This is why the one who took over must have a similar role as Masing,” he said, and added the spirit of the late Masing was alive in PRS.

PRS was in the spotlight recently due to tussle over the party president post.

Earlier, in his speech, Abang Johari said that GPS must win all 31 seats in the 15th general election.

He said this included the three seats of Selangau, Lubok Antu and Julau that PRS lost in the previous election.

“We are in one boat in GPS. We are heading towards developed state status in 2030 and to achieve that we must row our boat based on the same rhythm.

“If we row our boat in a different rhythm, our boats will eventually capsize,” he said.