Stay with Republic to get all the live news updates from India and around the world.

1992-batch Indian Foreign Service (IFS) officer, Vinay Kumar, who is presently serving as the additional secretary at the MEA’s headquarters in Delhi, has been appointed as the next Ambassador of India to Myanmar.

The Town Planning Committee of Ahmedabad Municipal Corporation decided to not allow stalls to sell non-vegetarian items along public roads. Committee Chairman Devang Dani told ANI that the sale of non-vegetarian items would not be allowed in the 100-meter radius of schools, colleges, and religious places. The order will be executed from Tuesday onwards.

Responding to the announcement, Gujarat Chief Minister Bhupendra Patel said that the stalls are not allowed to sell food near public roads to avoid traffic blockage.

Chief of Defence Staff General Bipin Rawat visited the headquarters of the Maintenance Command of Indian Air Force in Nagpur today. The CDS was briefed on the role of command in maintaining the wide variety of assets held by IAF and the associated logistics support.

Prime Minister Narendra Modi will address the inaugural session of the 82nd All India Presiding Officers’ Conference on November 17, via video conferencing.

Responding to the UK taxi blast, Prime Minister Boris Johnson said, “It’s a stark reminder for us to be vigilant. We are raising the UK threat level to severe. Meaning terror attack is highly likely”. He added, “It also shows that the UK will never cower down to such attacks”.

Union Youth Affairs & Sports Minister Anurag Singh Thakur conferred Arjuna Award to fencer CA Bhawani Devi today in Delhi. Bhawani was participating in a competition in France and so could not attend the awards ceremony at Rashtrapati Bhavan which was held on November 13.

BJP leaders of the Punjab unit met Union Home Minister Amit Shah in Delhi for the reopening of the Kartarpur Corridor.

In a joint operation, Phundrei and Mantripukhri Battalions of Assam Rifles with Manipur Police have apprehended two cadres of terrorist groups PLA and KCP on November 14, in two separate operations in Thoubal and Imphal East. For further investigation, the apprehended terrorists were handed over to Thoubal and Porompat Police Stations.

Indian Army Chief General MM Naravane visited the Special Operations Unit of Israel Defence Forces (IDF). He was briefed on aspects of the conduct of counter-terrorism operations. There was also a briefing on specialist weapons and equipment used by IDF.

Finance Minister Nirmala Sitharaman chaired a meeting of Chief Ministers and state finance ministers on the subject of economic recovery post-COVID pandemic. The meeting was held via video conference.

Prime Minister Narendra Modi will address the first Audit Diwas at the CAG office, on November 16. PM Modi will also unveil the statue of Sardar Vallabhbhai Patel on the occasion.

J&K: One terrorist gunned down in Srinagar encounter

One unidentified terrorist has been killed in a Srinagar encounter. The anti-terror operation is still underway.

Singapore has announced the establishment of Vaccinated Travel Lane (VTL) for fully inoculated travellers from India with valid entry approvals. The lane which would start functioning on November 29 will allow Indian travellers to enter the island country sans post-arrival tests and home quarantine. The same rules would be applied to people entering Indian territory from Singapore.

The Parliamentary Standing Committee on Finance has invited cryptocurrency associations and industry experts for a meeting on ‘CryptoFinance: Opportunities and Challenges’. The Finance Ministry has already held multiple meetings concerning the deliberate need for a legislative framework on cryptocurrencies.

ABVP protests against the left-wing groups amid violence in JNU

Following the violence reported in Delhi’s Jawaharlal Nehru University (JNU) on Sunday, Akhil Bharatiya Vidya Parishad (ABVP) has staged a protest against the left-wing groups and have further demanded an inquiry over the alleged attack on ABVP workers.

Kerala received 105% excess rainfall. Orange alert has been announced in six districts of the state.

Qilla Court will pronounce an order on the Maharashtra government’s plea, to declare Param Bir Singh an absconder, tomorrow.

Sachin Vaze remanded to judicial custody, to be lodged in Taloja jail

Dismissed assistant police inspector (API) Sachin Vaze has been remanded to judicial custody by Esplanade court. He will be lodged in Taloja jail.

Modernization of Indian Railways is a true tribute to Indian taxpayers: PM Modi

Prime Minister Narendra Modi said that India is developing and one of the best examples is the Indian Railway as the services once available in the airport are now available in the railway station. PM Modi inaugurated the re-developed Rani Kamlapati Railway Station in Bhopal.

Mumbai NCB team seized 1,127 kgs of Ganja in Nanded. Sources informed that the drug was brought from Vishakapatnam, Andhra Pradesh, and two people related to the case were apprehended for questioning.

PM Modi at the inauguration of Kamalapati Railway Station in Bhopal

General GD Bakshi (Retd.) expressed his anguish over the cowardly terror attack in Manipur that claimed the lives of Colonel Tripathi, the Commanding Officer of Khuga Battalion of the Assam Rifles, his wife Anuja, 36, son Abeer, 5 and four personnel of the paramilitary force.

People gather in huge crowds to pay tribute to Colonel Viplav Tripathi, his family, and 4 Jawans of the Assam Rifles, martyred in the Manipur Ambush. 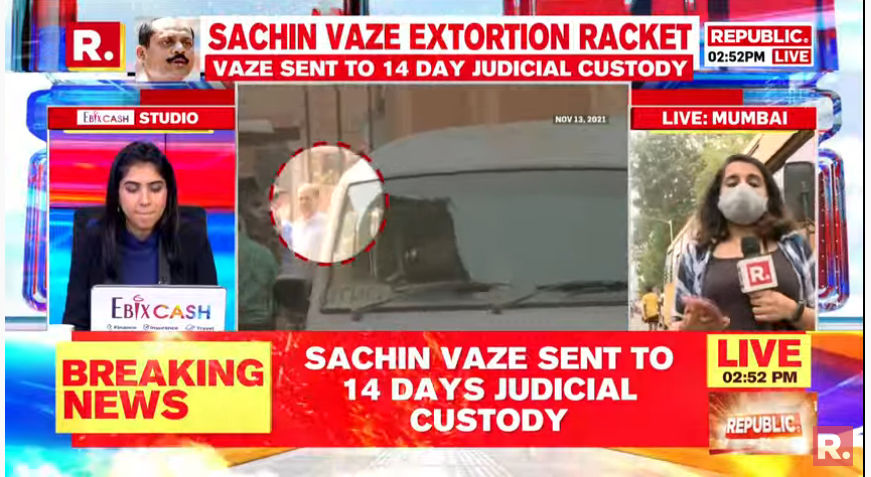 Amid Rahul Gandhi’s controversial remark about Hindutva, BJP’s Bihar unit announced on Sunday that it will send him a copy of the Bhagavad Gita by post. Explaining the reason for this move, Bihar BJP president Sanjay Jaiswal told the media at the party headquarters in Patna that the Wayanad MP should learn more about Hindus and Hindutva. Describing Gandhi as a “confused” leader, he lambasted the Congress leaders for attacking Hindutva.