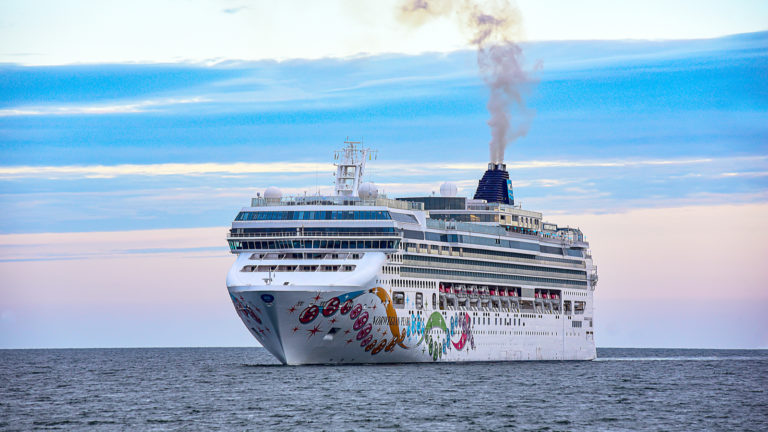 It may surprise you to learn that, since the pandemic bottom of March 16 2020, shares in Norwegian Cruise Lines (NASDAQ:NCLH) stock have beaten the market averages.

All this is contrary to media reports of an industry flat on its back and drowning in debt. At the end of 2021, Norwegian reported $12.4 billion in debt, and $2.7 billion in cash, after losing $4.5 billion on just $648 million in revenue for the year. Over the last two years, Norwegian has burned through about $5 billion in cash.

Why should you buy it?

The Long Fall is Ending

Today’s Norwegian is a shadow of its former self.

The company had $6.4 billion in revenue during the “before times” of 2019. On March 21 the shares opened at just under $20, a market capitalization of about $8.23 billion. This is a cheap stock.

Despite optimism that the good times will roll, Norwegian still has problems. Its Baltic cruises have a problem called Russia.  There’s a new Covid-19 variant called BA. 2 omicron that may ruin the summer.  Europe’s economy is on its knees with refugees. The Chinese feel both less healthy and less wealthy.  Then there’s high fuel prices. Norwegian may have to add a fuel surcharge to tickets.

Nevertheless, there is enormous pent-up demand for a good time. A 180-day round-the-world cruise planned by Norwegian’s Oceania line in 2024 sold out in 30 minutes. Bookings have held steady despite the war. Travel agents say calls for cruises are picking up.

The Long Road Back

It will take time for this to be reflected in Norwegian’s numbers. It will report its first quarter May 26. The hope is for revenue of over $1 billion.  But losses of $1.81/share are still expected. Survival could be a close-run thing.

If Norwegian can hang in, however, it has an advantage over rivals Carnival Cruise Lines (NYSE:CCL) and Royal Caribbean (NYSE:RCL). Its Oceania and Regent lines are luxury brands.

That’s the cruising that’s now in highest demand. That’s also where the biggest per-passenger profit comes from. The company plans to get most of its fleet back into the water by late spring.

The industry also has former FDA head Scott Gottlieb helming a “SailSAFE” Council. Gottlieb has appeared on Norwegian webinars.  There, he has expressed confidence that Covid-19 is receding and said the industry’s testing-and-tracking is up to the remaining challenges.

The Centers for Disease Control has now lowered their risk rating on cruises, dropping a conditional sailing order in favor of a voluntary program Norwegian says it can live with.

Buying NCLH stock is still a game for speculators.

If you’re right, even partially, NCLH stock could start delivering great news as early as the second quarter. Even a break-even quarter, which will be reported at the end of August, would send the stock rocketing upward.

This will be a short-term bounce, however. If the war goes on, or the virus returns, or oil prices don’t fall, Norwegian could run out of cash by Christmas. If the news is good, speculators will bail, and investors could be left behind.

It’s better to be a trading stock than a dead stock, but I don’t like looking at tickers every day. Investors should wait for the speculators to sell before considering a move into Norwegian stock.

On the date of publication, Dana Blankenhorn held no positions in companies mentioned in this story. The opinions expressed in this article are those of the writer, subject to the InvestorPlace.com Publishing Guidelines.