More than 75% of bitcoin money is in profit – CVBJ

On a daily basis, the outgoing flow of exchanges exceeds $ 150 million.

Regarding the proportion of holders that present earnings, the report presents the graph of the evolution of this indicator since November 2020. Last July, 76% of the entities presented profits, a value similar to the current one.

The price in July, which was among the lowest levels this year, is seen to be $ 32,500, almost 50% less than the current price. Even so, the share of holders in profit was the same as it is today. 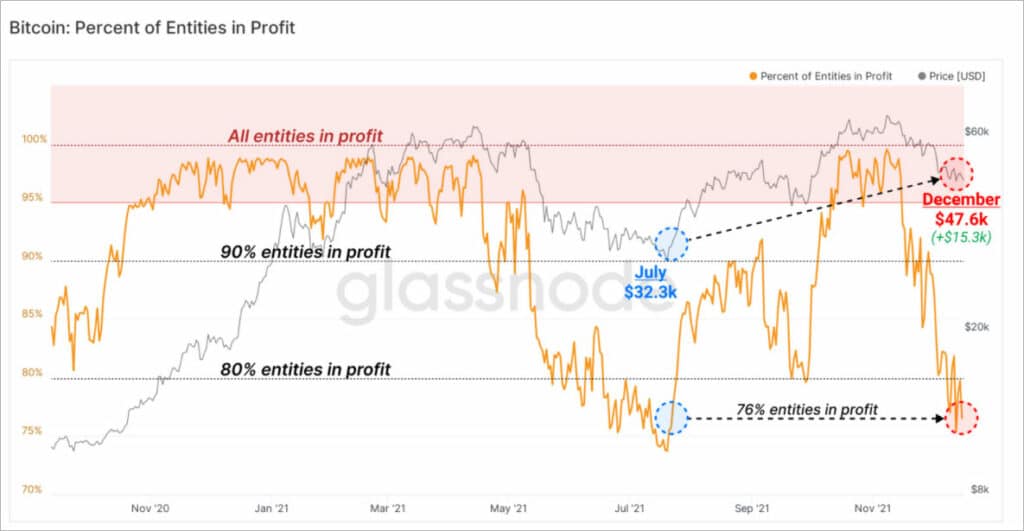 Another way to present the information is through the distribution of the unrealized price, which shows all the circulating of BTC with the last price at which it changed hands. It can be seen in the following graph that 24.6% of the supply was purchased above the current price, which is around USD 47,000. It follows that approximately a quarter of currency, or 1 BTC out of 4, is in the red.

The so-called HODLers, those market participants who have little willingness to sell, have continued with the accumulation, highlights the study. 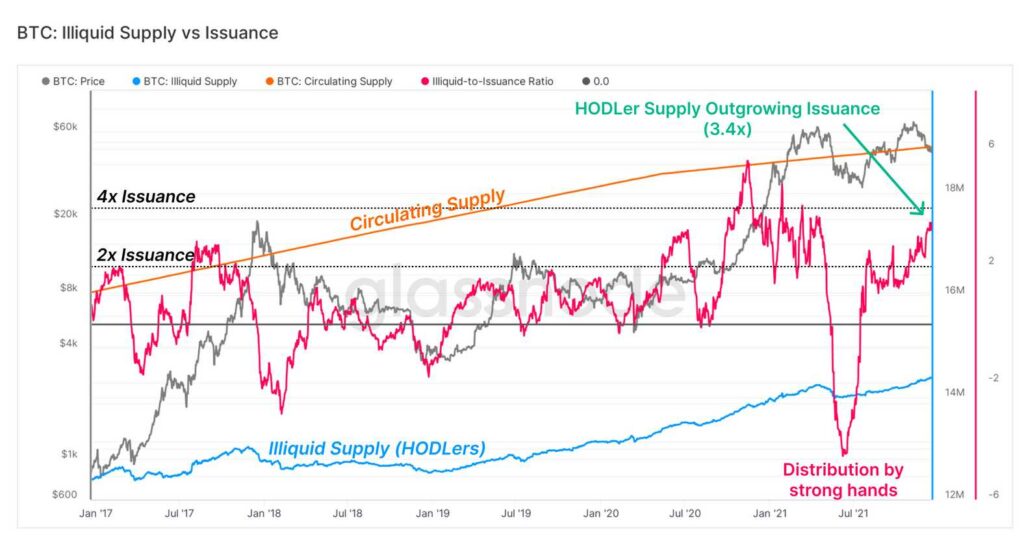 The HODLers continue to maintain the accumulation. Source: Glassnode.

The supply in the hands of these holders was sold in May along with a large part of the market. “However, since then, they have maintained a constant pressure of accumulation and are now taking possession of coins at a daily coin issuance rate of 3.4x,” the report states. In other words, strong-handed HODLers absorb the supply at more than triple the rate of new coins mined each day.

Recent price weakness has not resulted in sell-offs, says Glassnode. Although in October there were flows of BTC to the exchanges, at times above USD 200 million per day, in the last week net flows of BTC leave the exchanges with average daily values ​​of USD 150 million to USD 175 million.

An analysis by CriptoNoticias on December 17 revealed that exchanges’ BTC inventories have fallen to 13%, the same level as February 2018.

The North American Bitcoin Conference Heads to the Moon