Here’s the Marijuana Stock I Plan to Buy in 2022

Planet 13 Holdings (OTC: PLNH.F) is a marijuana dispensary operator, but that description doesn’t do the business or its future potential justice. The company is well on its way to becoming a massive national brand and has tremendous growth potential in the coming years, and it’s one that I’m planning to add to my portfolio as we head into 2022.

Planet 13 in a nutshell

Planet 13 was formed in 2015 and has operated its flagship SuperStore near the Las Vegas Strip for several years. It is so much more than a dispensary — it’s about the size of the average Walmart, has cultivation and production facilities, a restaurant/bar, and will soon feature a state-of-the-art consumption lounge. Just to put it into perspective, this single location generated over $70 million in 2020 revenue, and that’s despite the pandemic’s disruptive effects on Las Vegas tourism. 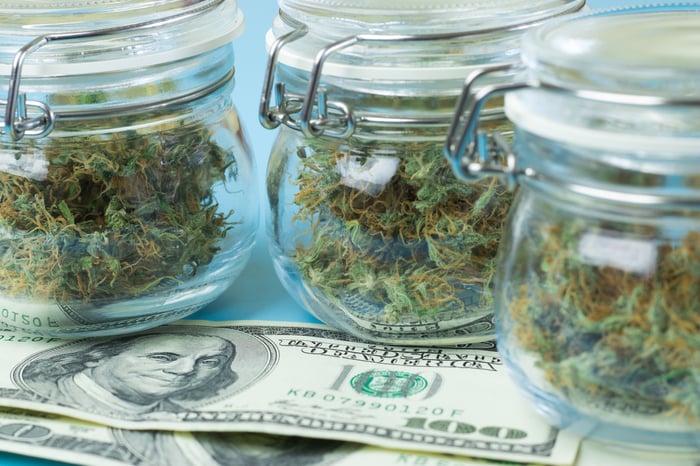 In addition, Planet 13 opened its second SuperStore location in Orange County, California, in July 2021, and also operates a smaller dispensary in Nevada. It has its own branded products that are sold in over 50 third-party dispensaries. And the business is EBITDA profitable.

Planet 13 is already the most recognizable cannabis dispensary in Las Vegas, and its brand name is exposed to millions of tourists as a result. This gives the company a massive edge when it comes to expansion, and I think it could end up growing into a national brand as legalization continues in markets throughout the United States.

The most obvious path to growth is opening more SuperStores, which is definitely in Planet 13’s plans. For example, the company has already obtained a Florida license that allows for unlimited retail, cultivation, and production locations, which could translate into several new locations if and when Florida legalizes recreational marijuana. Planet 13 has said that it ultimately wants to open SuperStore locations in any markets large enough to support a professional sports team, and that it is targeting at least eight within the next five years.

Second, Planet 13 also aims to build out neighborhood dispensary locations. It already has one 4,750-square-foot concept location open in Nevada, and over time this could create a nice hub-and-spoke model with its SuperStores, which also double as production facilities. These neighborhood dispensaries can be great channels to sell the company’s proprietary (read: high margin) products, and the company could build out a vast network to complement its SuperStore business.

Finally, Planet 13 has its own highly rated product lines that are already sold in 56 dispensaries. And this could certainly grow over time. In other words, in addition to its own SuperStores and neighborhood dispensaries building large market shares, Planet 13 could profit from a significant percentage of sales in other companies’ dispensaries.

A micro-cap stock with large-cap potential

Planet 13 is still very much a micro-cap stock. Based on the current stock price, Planet 13 has a market capitalization of less than $600 million. Meanwhile, the company’s SuperStore growth plan alone could produce a multibillion-dollar revenue stream as it scales.

To be sure, Planet 13 is not without risk. There are quite a few things that this marijuana stock would need to go well (regulatory and otherwise) before it can execute on its vision. And while the company turned an EBITDA profit recently, it will need to invest significant amounts of capital to build a network of SuperStores and neighborhood locations even if the regulatory side of things goes in its favor.

However, the risk/reward dynamics make a lot of sense here, especially with the stock trading for such a big discount to its 2021 high (which happened before its second location successfully opened). If the company can build a network of SuperStores and smaller dispensaries and continue to get its products in other dispensaries across the U.S., there’s potential for Planet 13 to grow into a mid-cap or even a large-cap stock over the years.

10 stocks we like better than Planet 13 Holdings
When our award-winning analyst team has a stock tip, it can pay to listen. After all, the newsletter they have run for over a decade, Motley Fool Stock Advisor, has tripled the market.*

They just revealed what they believe are the ten best stocks for investors to buy right now… and Planet 13 Holdings wasn’t one of them! That’s right — they think these 10 stocks are even better buys.