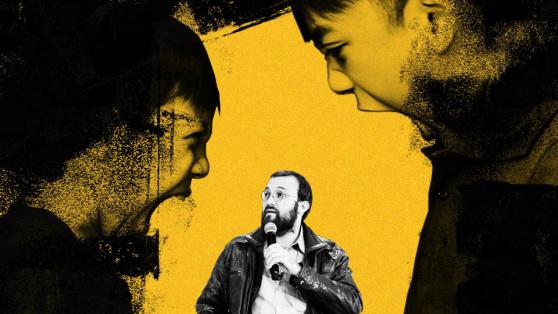 Read in the Digest

China Drops the Bomb on Cryptos, Huobi to Stop Servicing Chinese Users, and Experts Worry About the U.S.

China’s bad touch on cryptocurrencies may have gotten worse. This time, it was a blanket ban on cryptocurrencies. The People’s Bank of China declared crypto activities illegal, including those from crypto exchanges outside mainland china.

In compliance with China’s regulatory stance, leading crypto exchange Huobi on September 24, stopped allowing Chinese residents to register on its platform. In a subsequent announcement, the exchange noted that it will gradually retire existing Mainland China user accounts by December 31, 2021.

Binance, the world’s largest crypto exchange, has also placed restrictions on China. As a result, the Binance app is also no longer available for download in China, and users can no longer register with Chinese mobile numbers.

While China’s bad touch has affected the crypto market, the dominance and effect China has on the crypto market continue to fall, opening room for other countries to play an important role in the growth of the industry.

Key Events from the Cardano Summit 2021

2021 has been an incredible year for Cardano, with the climax being the Cardano 2021 summit, its biggest event to date. The summit was held in Wyoming.

At the event, Cardano announced a partnership with Chainlink, which will see the integration of Chainlink oracles on the Cardano blockchain. Following a successful integration, developers will be able to build smart contracts on the Cardano network.

Charles Hoskinson explained at the event that Cardano is trying to “position itself in the marketplace of ideas to be a legitimate option” for governmental institutions. Cardano is pursuing this initiative because “people are fundamentally unhappy with governance.”

Hoskinson also announced a partnership between Cardano and DISH Network (NASDAQ:), a fortune-500 American television satellite provider. In addition, it was revealed that the COTI development team would be issuing Djed, a new stablecoin for the Cardano Network.

Since Alonzo launched, Cardano has become one of the most promising projects. Going by the events from the Cardano Summit, it is safe to say things could get better for Cardano.

Renowned author, investor and founder of Rich Global LLC and Rich Dad Company, Robert Kiyosaki, has predicted a “giant stock market crash” this October. According to Kiyosaki, Bitcoin could well be among the assets to crash.

Kiyosaki, who is known to prefer stocks, real estate, and metals as a store of value over fiat currencies due to their rampant inflation, has called on people to invest in cryptocurrencies.

According to the multimillionaire businessman and author, following China’s crackdown on cryptocurrencies, governments like the United States could follow in launching a CBDC, or Fed coins.

When these assets are launched by governments, Bitcoin could become outlawed. This centralization will ultimately lead to the crash of Bitcoin. Kiyosaki wrote on Twitter (NYSE:);

Giant stock market crash coming October. Why? Treasury and Fed short of T-bills. Gold,silver, Bitcoin may crash too. Cash best for picking up bargains after crash. Not selling gold silver Bitcoin, yet have lots of cash for life after stock market crash. Stocks dangerous. Careful

Bitcoin has come out stronger after several tests, even the recent Evergrande crash. With China already in advanced stages of testing the digital yuan, it remains to be seen how Bitcoin will react to its launch.

Slovenia is on course to become the first country to issue its own non-fungible tokens (NFT). The European country will be using the initiative to promote the achievements of its businesses and its tourism destinations.

The NFTs will be gifted to visitors to Slovenia’s pavilion at the EXPO DUBAI 2020, which opens on October 1, 2021. In addition, the United Arab Emirates have taken a friendly stance towards crypto.

On September 22, the Dubai World Trade Centre Authority (DWTCA) announced that it had signed an agreement with the UAE’s Securities and Commodities Authority (SCA) to support the regulation and trading of crypto assets within the DWTCA free zone.

The use of non-fungible tokens is increasing by the day, and as Slovenian State Secretary, Simon Zajc, puts it, NFTs would provide an opportunity for the development of digital competencies of individuals and companies.