Bitcoin (BTC) consolidated below $40,000 on May 5 after United States economic policy excitement saw a  spike to one-week highs. 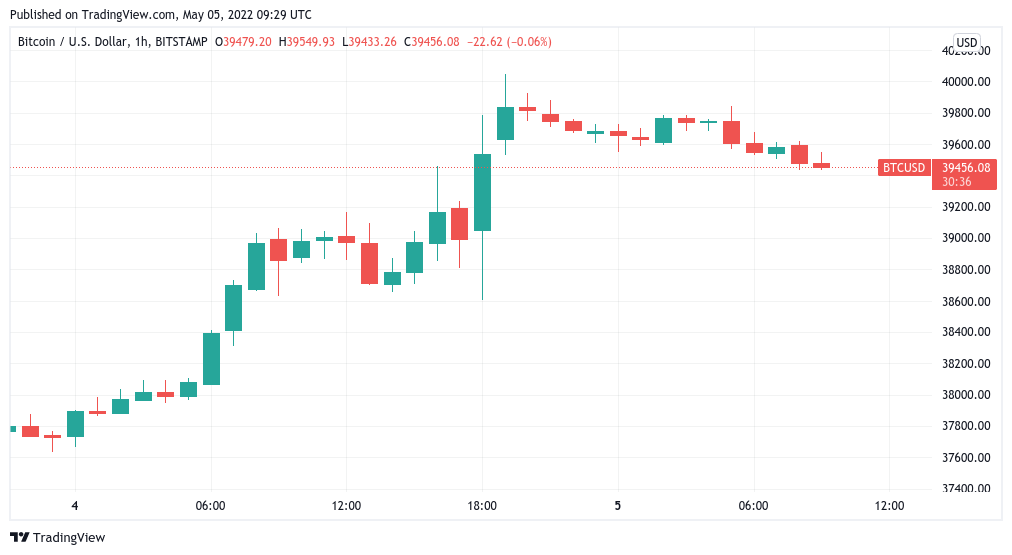 Data from Cointelegraph Markets Pro and TradingView confirmed an overnight peak of $40,050 on Bitstamp following comments from the Federal Reserve and Chair Jerome Powell.

The U.S. central bank had conformed to market expectations with a 0.5% key rate hike, also suggesting that similar repeat hikes would follow.

With that, a modest market rally left Bitcoin eerily lacking volatility in what was a strong contrast to previous Fed pronouncements on topics such as inflation.

While many expected risk assets en masse — including crypto — to deflate under the new policy, not everyone believed that such a scenario would cause investors maximum discomfort.

“With so many people calling for melt ups and melt downs, maybe the pain trade is to chop sideways in risk assets for a long time,” economist Lyn Alden argued.

“Market saw some relief with Powell’s comments. But will it continue for the crypto market? To start, funding rates have been negative for a long period of time. This tends to happen at range lows,” he wrote in a series of tweets:

A good structure for any upward momentum that begins here.

Lilly added, however, that a lack of accumulation from whales at current price levels was “not what we hoped to see.“

Focusing on lower timeframes, popular trader Crypto Ed held out for a fresh push above the $40,000 mark on May 5.

For him, BTC/USD was in line to hit $40,800, and while there were “plenty of reasons” to discount a more significant climb, it was still an option.

In terms of BTC price capitulation scenarios, meanwhile, on-chain monitoring resource Whalemap repeated its previous assertion that the area between $25,000 and $27,000 would constitute “max pain” for Bitcoin hodlers.

“A lot of liquidity and stop losses are stacked there,” it explained as part of Twitter comments. 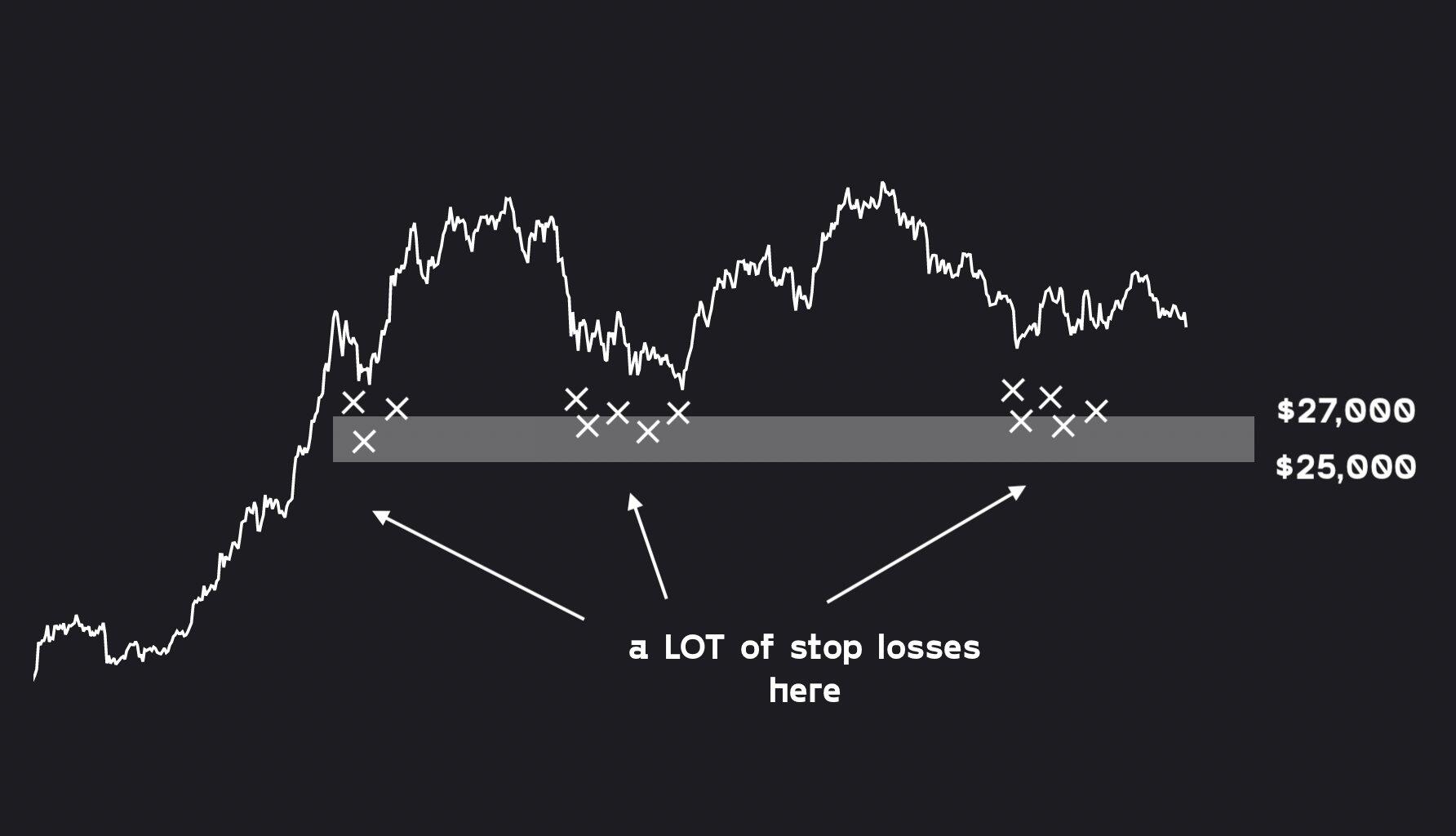