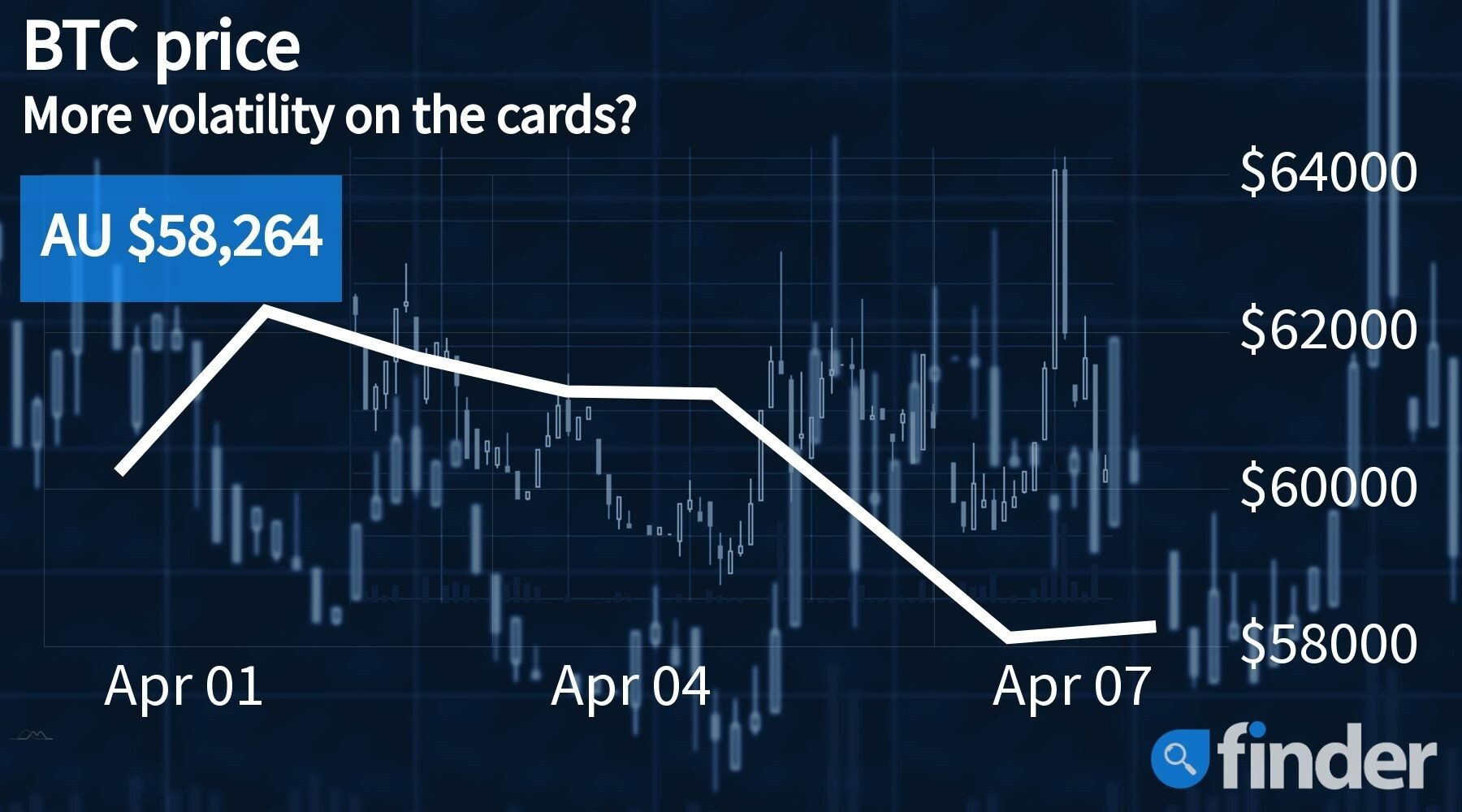 Bitcoin, the world’s largest cryptocurrency by total market capitalization, is currently being faced with a lot of bearish resistance. This is evidenced by the fact that after having found support around the AU $63,000 mark on April 6, the digital asset’s value has dipped by nearly 5%. As a result, BTC is now trading at a price point of AU $58,430.

In terms of Bitcoin’s near term action, many analysts believe that if the flagship crypto is able to maintain its current price action, it could easily scale up to the AU $63,500 – $69,500 range. That said, independent trader Michaël van de Poppe believes that Bitcoin losing its key support level of AU $60,000 may result in the cryptocurrency either experiencing a pullback to AU $48,000 or a major breakout to AU $76,000.

Veteran trader and market pundit Peter Brandt recently posted a historical trend chart suggesting HODLers may only get to witness BTCs next major breakout during 2024. His prediction coincides with Bitcoin’s next halving event, which is scheduled to take place in May 2024 and will result in the currency’s block reward ratio reducing from its existing levels of 6.25 BTC to 3.125 BTC. On the matter, he opined:

“The past two times BTC advanced 10X or more required an average of 33 months before the next stage of the rocket kicked in. If history repeats itself (which I do not believe it will), the next rocket stage will be ignited in May 2024.”

Lastly, BitMEX’s former CEO Arthur Hayers and Bloomberg analyst Mike McGlone believe that while Bitcoin’s near term future appears to be quite bleak — thanks, in large part to rising inflation and interest rates across the globe — its mid-to-long term prospects continue to remain as strong as ever.

How to buy Bitcoin

Since announcing its decision to release a digital wallet over six months ago, cryptocurrency and stock trading app Robinhood has finally rolled out its highly anticipated crypto offering — called WenWallet — to a total of 2 million users. As part of the ongoing Bitcoin 2022 Conference Miami, the company’s chief product officer Aparna Chennapragada revealed that all of the customers who were on the product’s official waitlist are now eligible to start sending, receiving a wide range of digital currencies barring certain erc-20 tokens.

Another major announcement that generated a lot of buzz during the Bitcoin 2022 conference was made by mobile payment service giant Cash App. A spokesperson for the firm revealed that its U.S. customers can now invest their monthly paychecks directly into BTC via its new “Paid in Bitcoin” feature at zero service fees.

Interested in cryptocurrency? Learn more about the basics with our beginner’s guide to Bitcoin, dive deeper by learning about Ethereum and see what blockchain can do with our simple guide to DeFi.

Disclosure: The author owns a range of cryptocurrencies at the time of writing

Disclaimer:
This information should not be interpreted as an endorsement of cryptocurrency or any specific provider,
service or offering. It is not a recommendation to trade. Cryptocurrencies are speculative, complex and
involve significant risks – they are highly volatile and sensitive to secondary activity. Performance
is unpredictable and past performance is no guarantee of future performance. Consider your own
circumstances, and obtain your own advice, before relying on this information. You should also verify
the nature of any product or service (including its legal status and relevant regulatory requirements)
and consult the relevant Regulators’ websites before making any decision. Finder, or the author, may
have holdings in the cryptocurrencies discussed.