Amid the Omicron COVID-19 variant surge, experts believe that most stocks could drastically drop in value. Several tech companies could see the changes in the next few days, according to them.

As most stocks suffered a downfall this week, including those from Amazon and Google, many investors saw an opportunity to invest in the other tech stocks.

According to a report by 9to5Mac on Wednesday, Dec. 1, some investors are growing concerned over the economic impact of COVID lockdown. With that, the majority of them prefer to allocate their investments to Apple because of its “prodigious” cash flow.

What other tech stocks should you buy during the rise of the new Omicron variant? 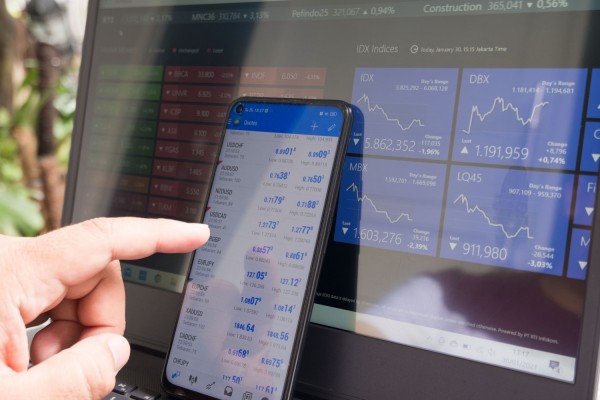 (Photo : Marga Santoso from Unsplash)
Amid the Omicron COVID-19 variant surge, experts believe that most stocks could drastically drop in value. Several tech companies could see the changes in the next few days according to them.

The most recent strand of coronavirus presents another challenge for both health sectors– and business entities. Many investors are worried that the latest Omicron variant could affect their assets to a large extent.

Last week, S&P 500 (SPX) plunged to 2.3%, while Dow Jones Industrial Average (DJIA) fell to 2.5%. However, Daniel Ives, an analyst from Wedbush, said that this setback could open another buying opportunity.

Ives spoke that anytime a new variant wave appears, some investors could see this as an advantage to purchase stocks from some tech giants. This is because the “bullish tech playbook” remains untampered over the previous 18 months.

Earlier, we mentioned AAPL as one of the thriving tech stocks that investors want to buy amid the Omicron variant surge. For that very reason, Ives said that the Cupertino giant went on a selling spree during Black Fridays. It has sold 10 million iPhone units at that time.

For the upcoming holidays, the analyst said that Apple could continue keeping up with the demand for iPhone despite the ongoing semiconductor crisis around the world.

Moreover, Ives added that over 5% of the company’s revenues would come from the estimated sales of AirPods, especially during the Christmas season. With that, the analyst concludes that the price target of $185 or 17.7% upside could go on with the stock.

Wall Street analysts shared the same belief with Ives regarding AAPL. On top of that, the average price target of $166.92 could hint at the upside potential that could hit 4.2%.

According to Nasdaq, another recommended stock for investors will be Microsoft’s stock. During the first quarter, the tech giant witnessed a 31% year-over-year growth in revenue, accounting for $17 billion.

The report suggested that Azure cloud services drove the revenue growth of the company to the said value during that period. Since many work-from-home jobs emerged, the company allowed more cloud-related tasks for the workers. This transition has also paved the way for the escalating stock price.

Per Palo Alto Networks CEO Nikesh Arora, the start for the organization began on a high note during the first quarter. It was a strong preparation for the upcoming fiscal year 2022, wherein the company expects a rise in its revenue.

The company recorded a $1.4 billion in revenue increase in the fiscal Q1. This surge came from the 32% year-over-year record. In the same period, the company saw an RPO (remaining performance obligation) growth of 37%, which later yielded $16 billion.

For the fiscal year 2022, PANW anticipates that the year-over-year rise could juggle between 24 and 26%. For the revenue projection, the firm believes that it could go from $1.265 to $1.285 billion in the second quarter of next year.

In another report, Tech Times reported that Thailand had launched its crypto tourism initiative that will allow blockchain usage in the country.

This article is owned by Tech Times

ⓒ 2021 TECHTIMES.com All rights reserved. Do not reproduce without permission.