In a prior paradigm, I would have never given Floki Inu (CCC:FLOKI-USD) the time of day. A garbage coin loved by the legions of “degenerates” as social media traders often call themselves, FLOKI-USD apparently gets its inspiration from another junk coin, Shiba Inu (CCC:SHIB-USD). But if you’ve followed my work recently, you’ll notice that I’m starting to come around to these ridiculous cryptocurrencies. 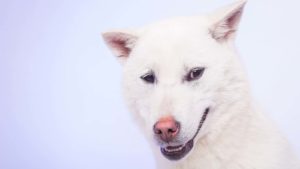 How can that be, you might wonder? With Bitcoin (CCC:BTC-USD) soaring to unbelievable heights — just underneath its all-time high as I write this — it seems that BTC is the safer bet. Certainly, news of its mainstream integration, particularly the upcoming introduction of the first BTC futures exchange-traded fund, has excited previous lay observers. In contrast, Floki Inu seems wildly speculative.

But I think it’s fair to ask yourself, what really makes Bitcoin better than any other crypto? Both BTC and Floki Inu are tied to decentralized blockchain networks that function on the principle of public consensus. Both digital assets operate outside the purview of the global banking system. As well, both lay legitimate claims to frictionless and borderless transactions (at least on a technical basis).

So what’s the difference between Bitcoin and Floki Inu? If you said price, I’d agree with you. BTC simply commands a higher market valuation based on the idea that someone else will value that unit of asset higher than the initial acquisition price.

Folks, there’s a name for this phenomenon. It’s called the greater fool theory. During a market bubble, people buy assets irrespective of their fundamental value under the belief that they could dump it off to someone willing to buy them at a relative premium.

If that wasn’t convincing enough for you to question the extreme value discrepancy between BTC and Floki Inu, consider what Harvard Business School academics Marco Iansiti and Karim R. Lakhanihad had to say about the underlying technology:

Their article in Harvard Business Review further stated that “The process of adoption will be gradual and steady, not sudden, as waves of technological and institutional change gain momentum.” During this process of adoption, many propositions will be made, and many will be rejected. Therefore, it’s unlikely that the first-generation of any groundbreaking tech will be its industry’s permanent northern star.

That’s the scientific concern about Bitcoin. Valuation-wise, the math is starting to look much more attractive for Floki Inu.

That’s the kind of math that makes my palms sweat — even though we’re just talking hypotheticals! On the other hand, if you believe that Floki Inu has it in for another 5x return, you only need to put $7,800 at risk to acquire the same gross profit above.

Of course, the counterargument is that it’s far likelier that Bitcoin will get to $100,000 based off its momentum and massive user base than it is for Floki Inu to do a fivefold move.

But is it really? Thanks to the law of extremely small numbers, you just need a modest catalyst to really see big swings.

Huge Risks for Both

It must be said that cryptocurrencies in general, whether you’re talking Bitcoin, Floki Inu or any of the other 12,000 or so digital assets, are extremely speculative. So don’t get the idea that I’m endorsing FLOKI-USD, because I’m not.

At the same time, if you’re hellbent on investing in cryptos despite the myriad risks, then it makes sense to spread your risk across both established assets and more speculative coins. And frankly, I’m not entirely sure if it’s worth putting that much into BTC relative to where people believe it will go in the near term.

With the way risk-reward profiles have shifted, it’s far more palatable to buy into a high-risk, higher-reward venture than a higher-risk, modest-reward wager. Therefore, Floki Inu isn’t that crazy if you’ve already thrown caution to the wind.

On the date of publication, Josh Enomoto held a LONG position in BTC. The opinions expressed in this article are those of the writer, subject to the InvestorPlace.com Publishing Guidelines.

Bitcoin Becomes Harder To Mine With Latest Adjustment